A downloadable game for Windows

bETween us is a horror FPS, where you need to find help but find out you're being hunted.

Howdy! I just included your game in my latest "Itch.io Horror Games" video! Hope ya enjoy!

Just skip to 6:27 to watch the part with your game in it!

Thanks, man! I intend to continue the game with more content after the Ludum Dare end

Sounds ace to me, mate!

I know, I'm guilty ... 3 days gamejam does not give much content ... But soon I will update the game and put everything I wanted in it, Thanks man!

Thanks, I'll make the player skip lower on the next version after the Ludum Dare 44 finishes ... The new version will be very scary and long

So, is there a way to steal a battery from the truck or tractor, or are you supposed to be caught?

The intention was to use the battery, and Alien pursued you before fixing the car, but I did not have time to finish programming it

As the game was made for the Ludum Dare 44, I did not have time to include everything I wanted, so it was short and Alien appeared in a cut scene ... After the ldjam finished, I will publish a new version

Was not expecting such a short game but I enjoyed it nonetheless! Loved the twist!

Thanks, I had problems in the RIG of the alien .. so the game was short, and the creature got only a cutscene rendered ... but I intend to create a new version bigger and with the alien in real time

I wish it were longer but it was still good!

Link to my channel (opens in new tab) youtube.com/jonathick

Reply
OriginalTryShock3 years ago(+1)
I enjoyed it despite it being 2 minutes long haha. Keep up the good work dude!
Reply
Nayvos3 years ago

Thanks, I had planned on Alien chasing the player, but I could not include it in the game on time. I intend to leave it with more content, so the Ludum Dare Finish

Nice game but it way too short :)

Thanks for playing and for your video ... When Ludum Dare is done, I can add more content and more options. I did not have time to put more things 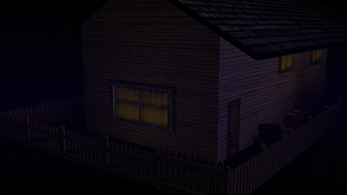 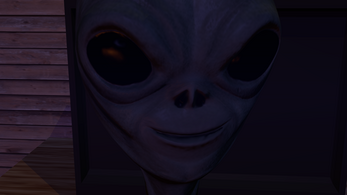